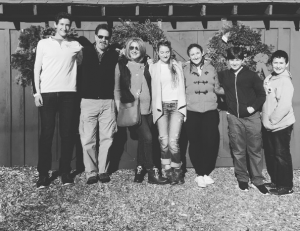 Hours spent worrying about where the children are: 0

I have spent the last few days trying to come up with the term for the anti-helicopter parent. I haven’t yet thought of anything clever enough, but I keep thinking what essentially abandons their offspring, leaving them to fend for themselves. I have thought about trees, about acorns sprouting into oak trees once they have fallen. Perhaps I am an Oak Tree parent, producing acorns then allowing them to fall away and grow independently into the oak trees they are destined to become.

The reason I have thought about this so much recently is because I keep stumbling across articles that say our generation have done our children an enormous disservice by doing everything for them. We are too involved, they say; we haven’t taught our children to be self-sufficient, independent, to learn the life skills they need to exceed. The best colleges in the country are horrified at the crop of new students, who rely on their parents’ intervention whenever a problem arises.

For years, I have harbored enormous guilt at not being a helicopter parent. I was raised in London, with huge fields behind our house, and parents who had no idea who we were with, what we were doing, where we had been, only that we were expected to be home for dinner. I remember my parents coming to school twice. Once because I had got into trouble and they had an appointment with the headmistress, and once my poor bewildered father showed up to a dance recital, looking terribly uncomfortable and clearly wishing he was elsewhere.

I might have gone in one of two directions, I suppose. I might have spent my life proclaiming that my parents did me great damage by essentially ignoring me throughout my childhood, and that I would therefore do things entirely differently with my own children, subsequently turning myself into a helicopter parent.

But I think the very fact that my parents were so uninvolved, meant I grew up to be entirely independent, and self-sufficient. And I grew up with a desire to be seen. My childhood made me into a bestselling author, and as I watch my own children, who are loved, who know they can always turn to me for anything, who sit around a family table for dinner with us every night, I also know that because I have largely left them to their own devices, their passions, victories, choices and achievements, are entirely theirs.

The Rower chose rowing for himself. He figured out how to get to practice, and how to fit homework in between. Twin B discovered theater. Teenage Daughter is an artist, and Twin A is an auto-didact whose area of passion remains to be seen. All of them are independent, all of them cook, do their own laundry, make their way in the world.

My guilt at not being the kind of parent I see so often, whose goals or ambition are not funneled into a job or charity work but instead funneled through their children, is finally assuaging as I realize that being an Oak Tree Parent isn’t such a bad thing after all.

(This article was first published in The Lady Magazine.)