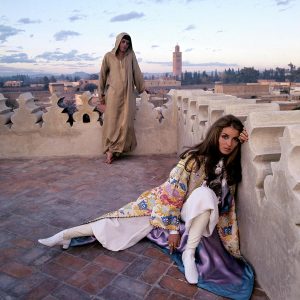 Fifty years ago, Talitha Getty was found dead in her husband’s apartment in Rome.

She had flown there for the weekend from her glorious London house on Cheyne Walk, some say to try and reconcile. At first, it was said to be an overdose of alcohol and barbiturates, but later it was revealed that it was a heroin overdose. There were strange circumstances around her death, the time it took to call a doctor, an ambulance. Heroin possession warranted an 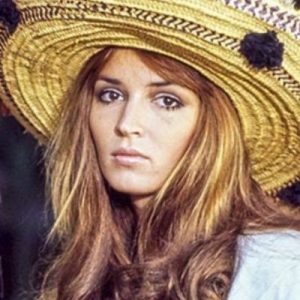 immediate ten-year prison sentence in Italy at the time. Her husband, J. Paul Getty II (the father of the kidnapped boy who had his ear cut off), left Italy that day and never returned.
I have no idea why I have been obsessed with her my entire adult life. Up until a couple of years ago, the obsession was just her style, her beauty, an ethereal quality in her eyes in the famous Patrick Litchfield photographs I had seen (which I now know was because she was completely stoned). Her style was bohemian, eclectic, and utterly hers – she’d wear robes and jewelry from the souk near their palace in Marrakech, and team them with couture from her friend and neighbor, Yves Saint Laurent. 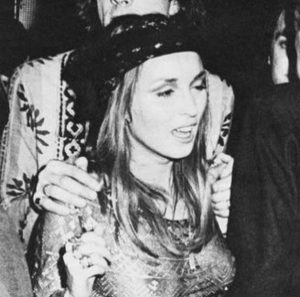 The Rolling Stones spent much time in Marrakech at the palace, particularly Mick Jagger and Marianne Faithfull.

I spent nine months researching my new novel, which is about a young woman who finds herself swept up in their impossibly glamorous, hedonistic world in Marrakech in the late sixties, not realizing the danger it will put her in. 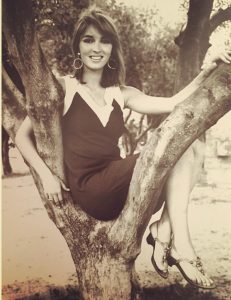 Going in, I knew only that there was almost nothing known about her. I had to come at it sideways, working from the outside in, reading countless memoirs from people whose paths had crossed with the Gettys.
Sister Stardust comes out in April (and is available for pre-order now). There will be a cover reveal soon (I love the cover. LOVE), but on the anniversary of her death, may she rest in the peace she never found in life.
To Pre-order now:
https://www.harpercollins.com/products/sister-stardust-jane-green?variant=39399706787874